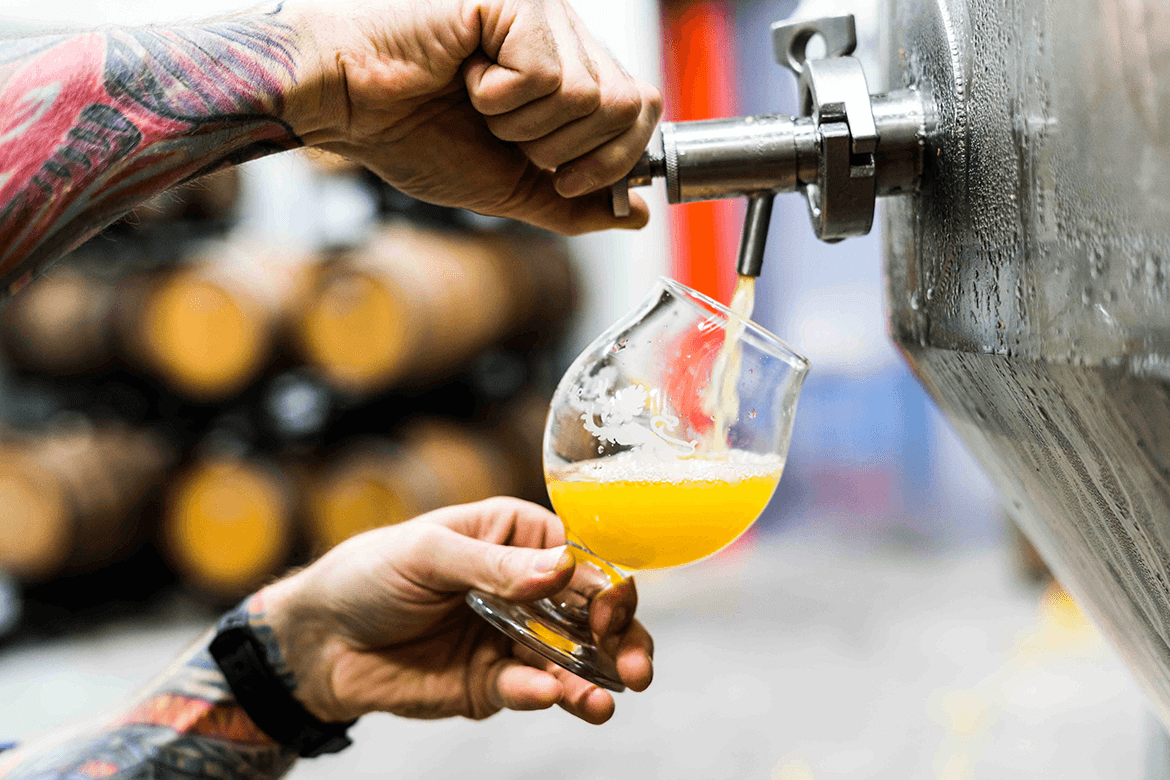 They say the truth is stranger than fiction, and sometimes my life proves them right. Three weekends ago, I made plans to go to the Fremont Oktoberfest with my new friends, Wes and Sean. I met Sean because of Daniel. Because that’s how the world works. Here’s what I mean…

See, Daniel met this girl in college named Jen, and he married her. While at Hillsdale, Jen met Ian from Maine, and after college Ian, an ordained Anglican priest and lab rat (yes, a real-life “scientist priest”), relocated to Sacramento and ended up being roommates with my brother for a short while. Ian’s then-girlfriend, Carlee, lived in South Carolina, which is where Wes and Sean were from. I met Carlee because she stayed at my house when she visited Ian. Sean met Carlee at some church in South Carolina, and Wes… Well, Wes is Sean’s heterosexual life partner and housemate.

Carlee knew both Sean and I had recently relocated to the Seattle area, so she felt it only obvious to connect us. And that is how I know Sean and, by extension, how I know Wes.

The important things you need to know about Sean and Wes are as follows: One, they moved here without any jobs lined up and literally slept in a covered wagon before finding a place to live. Two, they will probably vote for Bernie. Three, at least one of them tends to think of all property as communal (Wes might steal your lighter, and he won’t feel one bit of remorse about it). Four, they’re better together. Don’t ever separate them. Five, they make frequent usage of words like “sundries” and “provisions” and will usually reference a story or two about the “sexy raccoon” at every gathering.

Also to accompany us on our journey to the fest was Lars, a pastor I had met through Kat (whom I met in a Starbucks the first day I moved to Kirkland). Lars is one of Kat’s strays (as was I). She’s spent years collecting her strays from various coffee shops and bars and throws them all together in weekly parties at her house. Lars can throw down rap lyrics in disguise, High Fidelity references, and patriarchy jokes, making him an important addition to any gathering.

It was a beautiful Saturday morning on the Eastside. I got up and grabbed the Capon book I had been meaning to finish for ages. Only three chapters left. Jen’s second tie-in to this tale is that she first introduced me to this book, Hunting the Divine Fox, at least a good year ago now. It’s one of those books I found curiously delightful and questionable in the best way possible but never actually finished reading (a very bad habit).

I went down to the coffee shop, grabbed a drink, and sat to read for a short while before we left to grab pre-Oktoberfest brunch in Ballard with Wes and Sean, the old men (they have a running tab of who can out old-man the other, and they are, by far, the oldest 20-somethings I know).

It was a boozy brunch with many a Benedict and the smallish talk of semi-strangers, but it was good. At brunch is when Lars and I fully grasped the price of entry for said Oktoberfest. Sean and Wes had volunteered to pour the night before, so they scored free entry. But as I was mentally assessing my pocketbook, I began to wonder if I really wanted to throw down $40 on Oktoberfest when I don’t even drink beer. I’d be banking on a fair amount of cider. But alas, I was already committed to the journey. No turning back now.

Before heading fest-ward, Sean needed to stop for film. Old man points, for sure. And while he went to find the film, the rest of us went to find the mythical Tiki bar, because it was well past noon. The Tiki bar, however, was closed. As the four of us reconvened near 2 p.m., we weighed our options, noting that happy hour in Woodinville with Kat and fellow strays was no longer far off. Oktoberfest? “Not worth it,” I was thinking. Thankfully, everyone else appeared to be thinking it, too.

Not so great ideas

We went to a fantastic cider house instead that had something like 32 ciders on tap, and we knocked ourselves out with exotic flights. And after that, Lars dropped the old men and I off at my building to kill a few hours.

Kasie (a friend from my building) stopped by, and I made cocktails. Sean and Wes polished off the rest of the bourbon and moved on to wine. I noticed at one point Sean’s wine had been garnished with a lemon. Who does that? A bad sign, indeed.

And seeing as we all now lived in the free land of Washington, Wes was also usually in possession of cannabis in various forms. This time he brandished pills, which I had a bad feeling about on top of all that booze. So I took the bag away from them before they could each pop a second one, but figuring they knew what they could handle and that I didn’t actually have any right to steal their drugs, I eventually gave the bag back. Mistakes were made.

The lodge and dirt naps

Shortly thereafter, we piled into Kasie’s car and drove to pick up Kat on our way to happy hour at the lodge by the fire pits. Before we got to Kat’s I looked back to find Sean and Wes holding hands and singing. It was a dark sort of funny, and I could tell they were in for it. Kat had the distinct honor of sitting in between these two for the drive over, which was my favorite part.

Upon arrival, Kat, while plugging her nose, promptly removed herself from the vehicle, brushed herself off, headed inside, and didn’t look back. Kasie and I quickly realized we had two very high individuals on our hands and had no idea what to do about it. Wes got out of the car and went to take a nice nap in the dirt by the fence along the creek in the Redhook parking lot. Sean gave us a thumbs up but was unable to move. So, we just left them and went inside.

Periodically, I headed back out to make sure they were okay. And each time I’d find them still where we left them. I’d ask if they’re okay, and I’d get thumbs up. But the last time I went to check, Wes was gone. Vanished. Disappeared.

Sean was still there right where we’d left him, and he had no idea what had happened to Wes or where he might have gone. But he assured us that this is just a thing that Wes does. “Sometimes,” he said, “you just don’t find Wes. Sometimes Wes is gone.”

I had already learned this a few weeks earlier when Wes had said he’d meet up at the night market in the International District but went dark. Sometimes you just don’t find Wes. Sometimes you bump into Wes on the streets and don’t know it. Sometimes Wes is gone.

Still, I felt uneasy about it. I thought to myself, what if he died wandering the streets trying to find a bus? What if he fell into the creek? What if the last picture anyone has of him is the hilarious one I took of his now-infamous “dirt nap”? What if.

The others assured me that this is not my fault nor my responsibility. But I couldn’t help but hope others would care and look after me if I had lost my mind. My instinct is to do the same for everyone else. And so I remained fairly distraught about having lost a human being.

On the inside, we were making friends with all sorts of people (as is Kat’s way), and a group was gathering to head to karaoke. But I was exhausted, and in the back of my mind, I was thinking I still had to drive Sean back to Seattle. Kasie found another post-karaoke ride home and gave me her car keys. I left before too long to take Sean home, and I was quite ready for the day to be over. Of course, my phone was dead. And the car charger wasn’t working too well. So, I ended up lost for a short while. I knew we had gotten it all wrong as I began to see signs for Bothell. And at some point before the 520 we realized Sean’s phone was still at my apartment.

So, we went back to Kirkland, grabbed the phone, switched to my car, and headed to Seattle. As our phones worked their way back to life, Sean was able to get a hold of Wes. The man had awoken confused and alone, so he did the only logical thing he could think of:

He went to freaking Oktoberfest.

There are a few full circle elements to this story, which is why I love it so. The second and most important full circle is that at some point along this journey, I had lost my book. With only two chapters yet to read, I was not pleased. I had thought about retracing my steps. I checked all the places I could imagine. Nothing.

A week or two later, I was out to dinner with the two yahoos above and mentioned the regrettable loss of my book, which is when Sean asked, “Did you check Kasie’s car?” Kasie’s car. Did I even have my book then? I couldn’t recall, so I texted her, and she texted back that she’s been wondering where that book came from. How on earth Sean remembered that’s where it would be is beyond me, but the important thing is I’ve got my book back and can now finish those last two chapters.

In conclusion, don’t do drugs, kids. 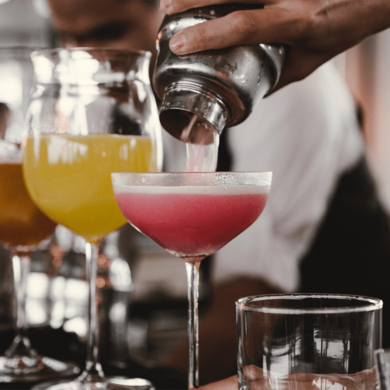